While I slept late this morning, my dog ate my knitting, my knitting needles, two cross-stitch Christmas ornaments, and a tatted, beaded ornament. Even though it was my own fault that I left my workbasket open, I am still furious at him. He is going to stay outside for a while. 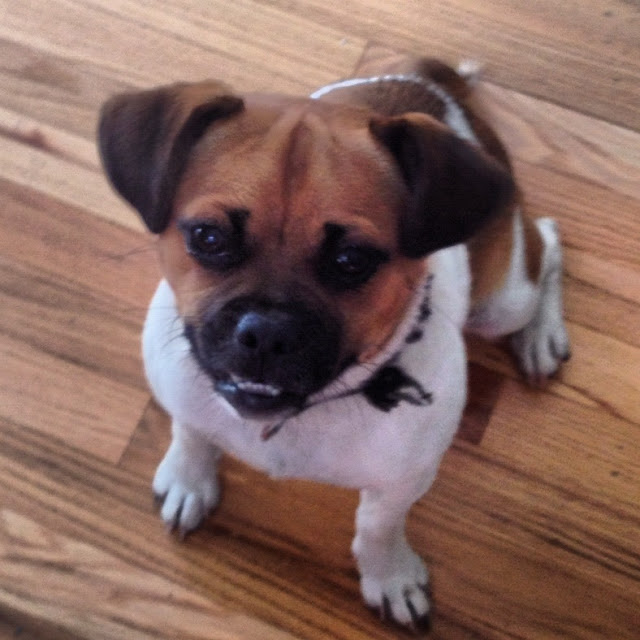 Once before I think he ate part of a knitting needle. That is, I never found about a third of one... This time the needles were made from bamboo skewers, and were so mangled that I couldn't tell if any pieces were missing. Neither the wood nor the bamboo would show up on xrays. The first time, we took him to the vet, because he became lethargic. But it turned out that he had twisted his back and had a pinched disk. After muscle relaxers and pain meds he was fine. So we will watch and see if he has any symptoms.
family

Easy Street - not so easy 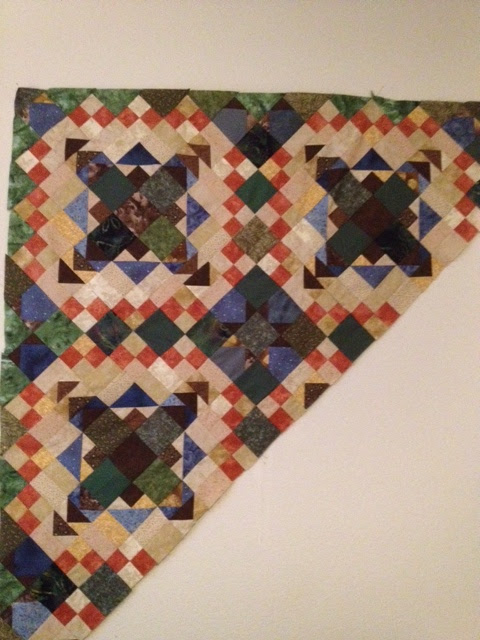 First, I sewed in one of the triangle blocks upside-down (inside-out???)on my first block A. Fixed that. Then I put together my first Block B, sewed it together with two Block As ad two setting triangles for Row 2, and... and... Why doesn't that look right? After Bonnie explicitly said to be careful of the orientation of the four-patch units, I put them in inside-out (upside-down????). Because my colors are different, I read the diagram wrong. I had to unsew eight (EIGHT!!!!) pieces out of the middle of my quilt!! AAARRRRGGGHHH!! But, it's done. Bonnie - I want to tell you five things: 1. This is the most complex quilt I have EVER done - and if I had seen the picture of it finished, I probably would never have started it. 2. I have never done a mystery before, and have no idea why I have been POSSESSED by this one. 3. I LOVE IT!! It is so beautiful!! 4. My husband, who only compliments my quilts normally because I expect him to - and doesn't re
Read more 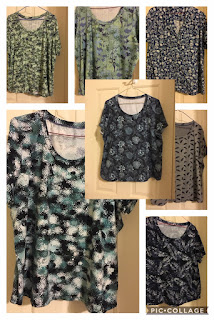 I bought a little over $200 worth of fabric this spring, and then I made 7 tees, a woven button-up shirt, and two pair of pants, for a complete wardrobe. Here are 6 tees and a woven with starfish from fabric I had bought earlier.
Read more 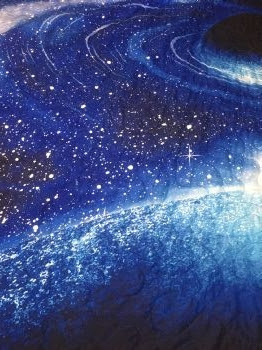