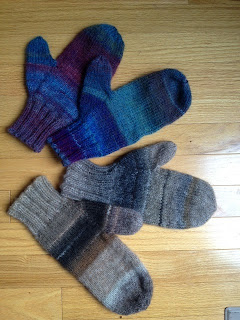 I started knitting mittnz for the Cheyenne River Reservation annual blitz. I had recently seen my old trusty handwritten mitten pattern, but then lost it again (senility much?) So I looked at some patterns on Ravelry. None of them were for the gauge of my yarn and size of my hands. I wanted mittens with a long cuff and a gusset, not afterthought thumbs. So I figured out my own pattern, making them the size to fit my (rather large) hands.

The yarn is Lion Brand Amazing, in 2 different colorways.  Now, can you believe that each pair was knit from a single skein of yarn, except for about a half-inch of the top and one thumb?

I love the yarn and all the colors! It is soft, too. But these really don't look like mates.

As soon as he saw the brown ones, my husband assumed they were for him, but he wanted a finger flap. That's so you can get your fingers free without getting your whole hand exposed and maybe losing the mitt. I made him some about 35 years ago. So I bought another skein...

And I knit in the round until at the base of the fingers, then knit seed stitch back and forth for a bit across just less than half the stitches, cast off that flap. Then I started a new flap the same size, knit for about the same, and then continued knitting in the round until done. 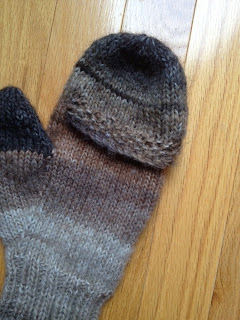 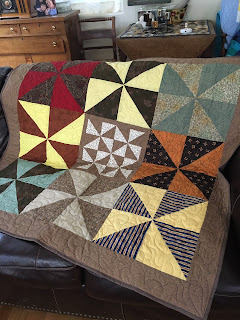 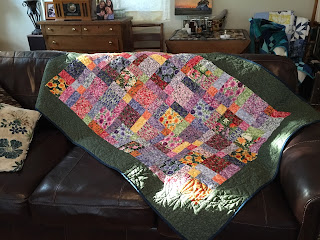 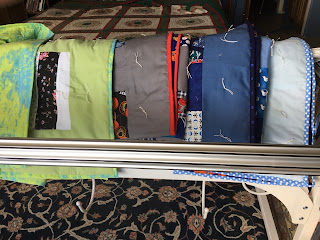